My sister picked this for her birthday cake. 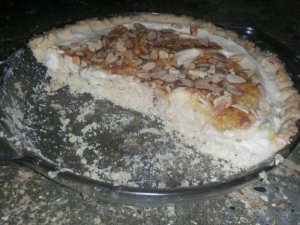 I put it together for her after I got there.  This is best made the day before, as the cream cheese requires getting to room temperature, the crust dough requires at least one hour of resting before baking, the crust requires considerable cooling before putting filling in.  And, The filling requires some chilling time before cutting into it.  We couldn’t wait, however, and made it from start to finish in just over about 2 1/2 hours.  I think it tastes better at room temperature, but doesn’t cut well as it is pretty soft.  We really, really liked this as it was as rich as any New York style cheesecake.

The crust was perfect.  Adding in a few almonds in the crust was a good idea, as they added a little bit of extra crunch to the perfect butter cookie crust, which shattered perfectly. 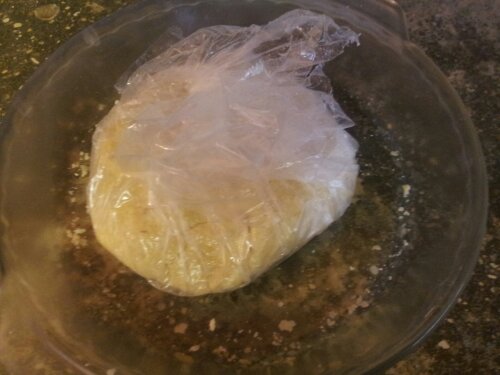 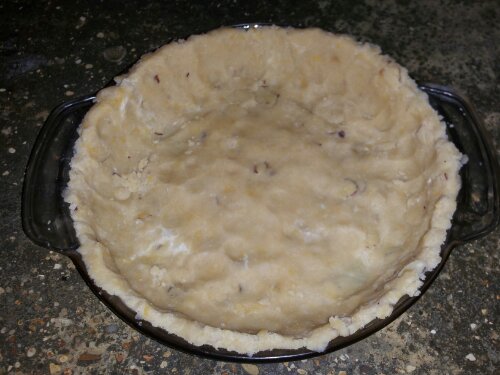 Pat out the dough and prick it with a fork prior to baking. 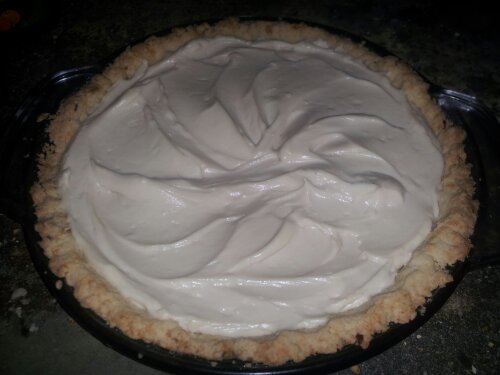 Spreading out the filling. 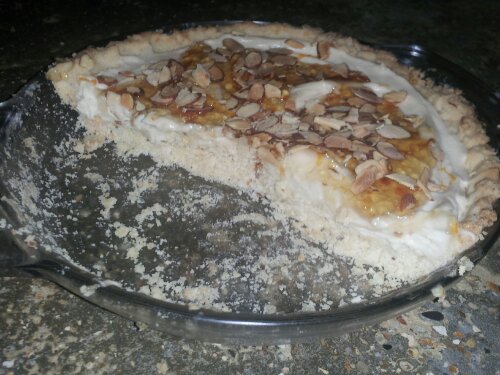 From Bon Appetit, May 2005, aka Cream Cheese Crostata with Orange Marmalade.